Le Dimmer is a tiny application for Windows that’s designed for a single purpose only: it automatically dims everything on the desktop, including wallpaper, icons, folders, open windows, apps etc. leaving behind the foreground window and the task bar brightly lit. It has no GUI and no complex settings to confuse you. The application can come handy if you watch a lot of movies without going full screen and wanted a way to dim everything other than your media player window. It can also prove to be very useful if you have multiple windows opened and you want to focus only on one window at a time without maximizing it to take the whole of your screen real estate. Lets find out how it works.

While the application appears to just sits in the system tray area without any GUI, it still lets you control the level of dimming via a command-line switch. The readme files states that the default value is 150, but you can set a number between 0 to 255 depending on how much dimming you want. You can input a greater number to darken the screen further, while conversely choosing a number lower than 150 will reduce the dimming effect.

If you want to close the application to halt the dimming, you can simply select Quit from the context menu that appears when you right-click Le Dimmer’s system tray icon. Alternatively, you can use the Ctrl+Shift+Q hotkey to exit the app.

All in all, it’s a very simple and straightforward application that’s built to serve one purpose, perfectly does the job it’s made for. Anyone looking for a way to keep focusing on one window without getting distracted by others is bound to find it useful. It works on Windows XP, Windows Vista, Windows 7 and Windows 8. Both 32-bit and 64-bit OS editions are supported.

We are very visual beings. We like to see it to believe it. And sometimes we don’t trust our brain as much as we trust our eyes. Making decisions is often easier when you see something rather than if you take in a bunch of information about that something.

By Kendra Gaines Connect with her.
TheGainesCollective.com/

Could you imagine trying out a new restaurant without seeing food from their menu? Could you imagine purchasing a shirt online without actually seeing that shirt? How about working with a developer and not knowing what sites they’ve worked on? All these things sound farfetched because we have to see something.

Visuals help build trust in that same vein, that we must actually see it to understand it’s real. Web designs have become very image heavy as of late because we want to do less reading and more seeing. We don’t want to have to make difficult decisions about easy things. Just show us the offering and we can go from there.

Our best bet is to create images galleries. Image galleries come in many forms to many different sites and of course make the most sense. We now have a place to put all our work or our products so visitors can see what we have to offer. Today we’ve found some of the most interesting, intuitive and innovative image galleries we could find. So, let’s jump right in…

To start, let’s break out of the entire notion that our thumbnails have to even be squares. Arnaud has created perfectly spaced parallelograms to show off his thumbnails. This is immediately interesting and stands out from the thousands of portfolios that are all too square.

Big Human has done an absolutely wonderful job making an image gallery with easy to use and understand navigation. Utilizing the arrow keys on a keyboard, the developers here have made it second nature to scroll through images and skip to different projects. This is a great idea that I’d love to see implemented more.

So what can you do? The idea of NCSAM is to help get the word out and to protect yourself.

It more important than ever to safely manage your passwords. Password theft has increased by 300% so far in 2012, and that trend will continue to grow. So how can you manage those passwords safely?

With social media, email, shopping, banking and dating, a lot of your life is online and on your phone. Each one of these applications uses a password to protect your sensitive data, but how do you keep them all straight?

Here are some tips from DHS.gov to share with friends, family and your social networks: END_OF_DOCUMENT_TOKEN_TO_BE_REPLACED

Whenever Microsoft rotates the generation wheel of their operating system to rejuvenate it with latest enhancements, it takes some time to get accustomed to the newest member of the family. Just three years back Microsoft launched Windows 7, which to many, was deemed as the best Windows to date. Features like Libraries, Jump List, Aero Snap and Aero Glass gained instant popularity. And to be honest, it was what Vista should have been in the first place. However, time has finally arrived for Windows 8 to takeover its predecessor’s job. A job that doesn’t seem any easier this time around, as Microsoft has tried to make this latest version a desktop/tablet hybrid. Windows 8 brings a slew of changes to the table, in terms of OS usage experience as well as user interface, with all new Start Screen, Modern UI (Windows Store) apps, Tablet support, revamped Windows Explorer and what not. In short, the new OS is full of surprises. Let’s find out whether Windows 8 really deserves a place in our life or not.

Microsoft released seven bulletins this morning as part of its monthly patch program. Fortunately only one of the bulletins was rated critical, the remaining six received an important rating.

Two vulnerabilities are fixed in MS12-064, this months only critical bulletin. The flaws affect users of Microsoft Word and Word Viewer for Windows and can lead to remote code execution (RCE) if a victim were to open a booby-trapped document.

Several years ago, I moved to Silicon Valley to pursue a healthcare-related postgraduate degree. The first six months or so of school was the most rigorous academic experience I’ve ever had. Forty plus hours in the classroom per week plus study time crammed into short quarters was much more than I could handle.

After things started lightening up a bit, I began expanding my horizons in the local area. I started meeting people who were young like me, but working at some of the local famous tech companies. It seemed like everyone was incredibly busy at work but were always making time to meet with other people to talk about startup companies.

I soon started attending some of these meetings because my background was related to the tech industry. It wasn’t long after that when I decided I too wanted to try a startup.

I didn’t know where to begin so I started making a list of the most important things a startup needed. I started asking questions around venture-capital, fundraising, software development, and all the other things which can go into a new company. All of these things were great, but without a rock solid idea I didn’t think I’d have a chance of succeeding.

I partnered with a local entrepreneur who had experience building and selling companies. He also had experience in the healthcare space so we decided to do a healthcare startup. On top of all my personal responsibilities at school I spent long hours trying to manage my time and develop our idea into a fundable business.

It’s been a few years since we set everything in motion but now after countless hours of hard work we’re finally seeing the company take off.

It’s definitely been an interesting journey through the wilderness to get to where we are. We’ve had to set milestones and goals and work diligently to achieve them. Business plans don’t write themselves. Strategic partners aren’t formed on their own. Software coding doesn’t happen out of thin air. These must all be accomplished by making a target and aiming for it. If I had to sum it up in two things, I’d say I only succeeded in starting up my business because I learned to manage time and follow through my goals.

Software modders know all too well that customizing an Android ROM can be a time consuming process – even for veteran users.

As FallenWriter of XDA Devs notes, this utility helps eliminate the more tedious steps involved in customizing a ROM. 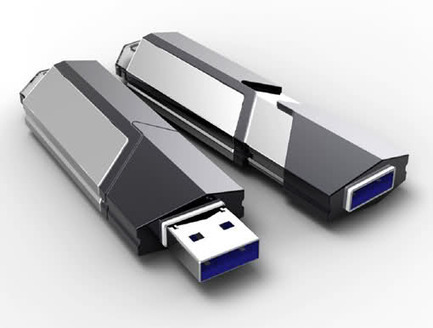 Tired of your slow old Computer ? But Now After Reading This Story You People Surely Gonna Make Your Computer Faster In Performance.

Don’t blame ur poor PC if it has little RAM . It’s not hard to turn an extra USB stick lying around that’s collecting dust into extra memory for your computer, allowing it to run speedier and manage more applications better.

ReadyBoost has a unique ability to transform ordinary flash based memory into newfound memory for your computer.

These days, USB flash drives are cheap and easy to find, giving you the perfect opportunity to upgrade your memory.

This Trick Is Valid For Windows 7 or Windows Vista