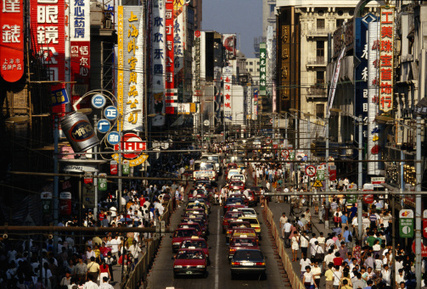 The Chinese consumer has always had a voracious appetite for technology and innovation. More than a decade ago, every teenager on a city bus could be seen furiously texting on a mobile phone. It’s no surprise that well over 550M Chinese are online, over 400M are connecting via mobile, and over 300M of those are now on social media. END_OF_DOCUMENT_TOKEN_TO_BE_REPLACED

June 2012, a new edition of my World Map of Social Networks, showing the most popular social networking sites by country, according to Alexa & Google Trends for Websites traffic data*.

Facebook with more than 845 million active users has established its leadership position in 126 out of 137 countries analyzed (in this edition I’ve added Uganda).

– Russian territories where there is an ongoing battle between the two main local players: V Kontakte and Odnoklassniki.

Caveat: Google+ stats are not displayed by Google Trends for Websites