“Most people work just hard enough not to get fired and get paid just enough money not to quit.”
– George Carlin

Via The Black and Blue

Like any job, going to work in the film industry isn’t always fun. Stepping on set can become a chore when you’re stressed from a shoot, feeling pressure from your department, and working extremely long hours.

So the last thing you need in a situation like that is someone treating you poorly: berating you, yelling at you, and generally being a damn asshole.

I wish I could tell you that everyone in the film industry is nice as cherry pie, but statistically that’s impossible and, from personal experience, I know it’s not true. At some point, probably early in your career, you’re going to encounter an asshole. How you deal with them will have a tremendous effect on the path your career takes — for better or worse.

Recently a reader (who wished to remain anonymous) told me a story about her experience with a director of photography (DP) who was treating her terribly:

I’m just wondering, however, if you have any advice on what to do if the guy you’re working for – the DP – is the asshole!? I got along well with the rest of the cast and crew, but the DP was arrogant, sexist, and condescending. Each time he directed his assholery my way, I just worked and tried harder… but I was pretty conflicted the whole time as to whether the anguish was worth it, considering it was a “deferred payment” low-budget film. Should I just have called it quits and walked away from the production? Was sticking at it and working even harder the right thing to do, or did it just affirm this DP’s douchebaggery, so that he’ll continue to be bad to people in future?

Working with anybody with a toxic attitude like that is tough. But it’s especially tough if they’re your department head because it puts you in an awkward position.

There are three ways you can handle a situation like the one encountered above:

None of the options are ideal, I’ll admit. With Option 1, you potentially lose money, experience, and further networking. Option 2 may backfire and cause you to get fired or intensify the problem. Option 3 has you putting up with abuse without any vengeance.

So which one do you go with? What’s the right path to tread forward on?

The best approach would be a combination of all the options in the order they’re listed. You put up with it hoping it’s a bad day, then if it continues, you approach the person professionally and talk with them about it. Finally, if it still continues, you leave the set.

But that raises another question: how do you know when to escalate things? What if it doesn’t work?

5 Factors to Help You Handle an Asshole

I’ve certainly had to deal with my fair share of filmmaking assholes, but mostly from the production department (no offense producers!) and rarely within my own department. What I’ve noticed is there are several factors that contribute towards when you should and shouldn’t escalate the situation. END_OF_DOCUMENT_TOKEN_TO_BE_REPLACED 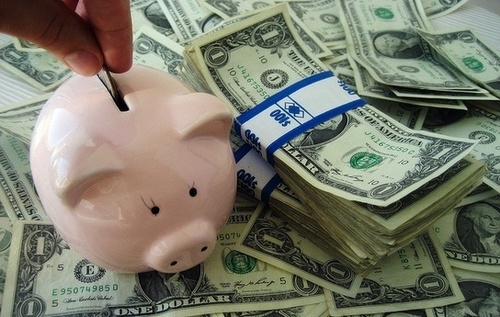 When you’re looking for your first job in the film industry, you’re rarely thinking about money. Early on, it’s all about getting your foot in the door and proving yourself as a crew member.
But after a few shoots, you may get offered the elusive “paying gig.”

(Yep, someone actually wants to give you money to do what you love!)
There’s a problem, though — you have absolutely no idea what to charge. You’re left stuck on your own to calculate your day rate. And that isn’t as easy as it sounds.

No doubt it’s tricky territory to tread. And while I can’t give you a magic formula to find your day rate, I can help you figure out what should and shouldn’t contribute to its calculations.
So here’s five factors that play heavily into what gets printed on your paycheck.

1. Budget of the Production …  END_OF_DOCUMENT_TOKEN_TO_BE_REPLACED

The notion of creating a “Netflix for theaters” is a tough one — not only do you have to get movie studios on board with your plans, you also have to form partnerships with national theater chains. And let’s face it, neither group is quick to climb aboard a service that disrupts the current ticketing model.

But MoviePass, a company that’s been trying to crack this nut for some time, may have found the answer. Today MoviePass is debuting a new subscription movie theater service that relies on mobile app check-ins and a proprietary payment card. And best of all, the company has managed to do this without any formal agreements with movie theaters and studios. END_OF_DOCUMENT_TOKEN_TO_BE_REPLACED

Line25 Sites of the Week is a weekly roundup of the most outstanding website designs that I stumble across during my every day browsing. In this week’s collection, we have designs from Viget, 39Argyle, Wantful, Circles Conference and Designing Monsters.

Specials
By Dan Fletcher
From the savvy to the satirical, the eye-opening to the jaw-dropping, TIME makes its annual picks of the blogs we can’t live without

You are talking to me?

All I Want Is You

END_OF_DOCUMENT_TOKEN_TO_BE_REPLACED

I’ve really been organizing events for about 30 years. I can say that because I was always the one as a teenager who called around all of my friends and got a big group of people together for a meet up. Sometimes I lamented and wondered why no one else would organize events. Until eventually I realized that most people don’t organize stuff, and prefer to sit back and wait for others to drive events to happen.

I’ve really been organizing events for about 30 years. I can say that because I was always the one as a teenager who called around all of my friends and got a big group of people together for a meet up. Sometimes I lamented and wondered why no one else would organize events. Until eventually I realized that most people don’t organize stuff, and prefer to sit back and wait for others to drive events to happen. END_OF_DOCUMENT_TOKEN_TO_BE_REPLACED