What better way to end the UEFA Champions League season than during the opening of the summer party season? Heineken invited a group of lucky prize winners to join the likes of Rio Ferdinand and Paul van Dyk to watch the Bayern vs Dortmund final in Ibiza.

See you next year at the Heineken Ibiza Final!

After several years as a devoted Apple iPhone user, I have been tempted by the dark side — I am considering giving up my beloved iPhone for an Android device, and the main attraction is the openness of the ecosystem that Android takes advantage of.
If you don’t like personal stories about infidelity, please read no further. After being in love with my iPhone for several years now, my attentions are increasingly being pulled elsewhere — and I’m not fighting it. I’ve been an iPhone fan ever since I first got my hands on one: it instantly made my BlackBerry feel like an ugly brick that was designed by orangutans. All I wanted to do was hold it forever, and that’s almost exactly what I’ve done since I first got one — until, that is, I switched to using an Android phone over the holidays.

I didn’t decide to try an Android phone because I was dissatisfied with Apple or the iPhone — in fact, I still think the iPhone is one of the best-designed and most appealing products of any kind that I’ve ever used. I have a MacBook Air and an iPad that I also love using, and I recommend them whenever I get the chance. But I will confess that I have been looking enviously at Android phones for a little while, after seeing friends like my GigaOM colleague Kevin Tofel using them and then borrowing one last fall for a trip to Amsterdam for our Structure: Europe conference.

Part of what I was interested by was the larger screens on the Nexus and other phones — I like to read webpages and other documents and look at photos on my phone, so more screen real estate was appealing. But I was also interested in the openness of the Android ecosystem, and whether that would be a benefit compared to the walled garden that Apple runs for iOS.

Apple’s garden is beautiful — but the walls aren’t

There’s no question that Apple’s garden is beautiful, as walled gardens go, and it is extremely well-maintained; nasty or disturbing apps are kept out, and everything is checked to make sure it works properly, and that is definitely a big benefit. In other words, the bars are hard to see behind all those beautiful flowers. But in some cases, useful things are kept out as well, whether it’s content or applications — or ways of integrating with other networks and services that maybe don’t meet Apple’s standards (or aren’t willing to pay Apple for the privilege).

Here’s one anecdote that sums up the differences between the two platforms for me: when I took a photo with the Android phone (a Motorola Razr HD), it suddenly occurred to me that maybe I could beam it to my TV somehow — I have a media hub from Western Digital that has all my photos on it, and usually I have to copy the pictures from the iPhone to a computer with iTunes and then share them with the WD hub. But I figured maybe I could beam them from the Android because the hub is a DLNA device (DLNA is kind of the open version of Apple’s AirPlay standard for wireless networking). Within five minutes, I had downloaded an app that beamed my photo to the WD hub, and we were looking at it on the TV. I did the same thing with a YouTube video. END_OF_DOCUMENT_TOKEN_TO_BE_REPLACED

Now is the best time in history to start your own business. But depending on what kind of company you’re building, you have to figure out if your idea is poised to capture a trend – or doomed to miss one and face a much tougher road to success.

To learn about the impact of properly timing a trend – or of missing one – we asked 8 successful young entrepreneurs from the Young Entrepreneur Council (YEC) for their experiences. And we also got their advice on how to perfectly time your business:

It was 2011 when we started building a platform for social media. By then, Buddy Media had already raised over $90 million, Wildfire announced that they had over 10,000 customers, and companies like Vitrue and Involver were the industry titans. Some potential investors told us we were late to the party. However, in hindsight, and especially in light of all of the recent acquisitions of the aforementioned, I believe we had a core advantage to really plug into the “second wave” of social, which has the potential to be even more disruptive than the first. We were able to speak to people who were already using a social media platform and figure out what needs still weren’t being met. By staying small and nimble, we were able to quickly adapt to the rapidly changing landscape of social media.– Abby Ross, Blueye Creative

There’s no lack of ideas that were “before their time.” Many business models that failed in the early 2000s are now incredibly successful because now, the timing is right, the technology is here, and it’s easier than ever before to achieve scale. As an example, my company SitePoint tried selling eBooks back in 2000 and no one bought into it. It was a complete and utter disaster and forced us to print and ship physical books – which sold like hot cakes. The reason is simple, people were still getting used to the idea of shopping online, and paying for digital goods was still a foreign concept to many. Fast forward a few years, with the iTunes revolution, Kindle and iPad, and all of a sudden, eBook sales are trending sharply upward every year.– Matt Mickiewicz,Flippa and 99designs

Timing is everything – if your idea is reliant on time. If you want to create a flash valuation or raise a certain amount of money quickly, then it’s of utmost importance. And it’s important for tech in general. But I believe that there are other ideas – rooted in timeless truths – that are not restricted to a certain epoch or Zeitgeist. If your idea is rooted in one of these things, then timing is far less important. If you’re a social entrepreneur fighting for human dignity in a particular area, for example, then it’s less critical whether you start today or tomorrow. My personal view is that I want to be involved with an organization that I believe will be important a thousand years from now. If I find an idea worthy of that standard, then I know it’s rooted in something essential.– Luke Burgis, ActivPrayer

Despite the looming October 26 launch date of Windows 8, a handful of questions about Microsoft’s next operating system remain. Some are big, some are small, but all should be relevant to hard-core PC users who have decided to take the Windows 8 plunge, as well as to people who plan to buy new Windows 8 hardware.

Here we’ll do our best to explain nine mysteries, as well as to provide context on why you should care.

How will users sync their media with phones, including Windows Phone devices?

Until now, Windows Phone users have relied on a Zune desktop app to sync their media files from a PC to the phone. With Windows 8, the Zune brand will disappear, and we haven’t yet received official word on what will replace it.

The Verge has posted a leaked screenshot of a Windows Phone companion app, but that provides only a glimpse at how syncing might work. In addition, it doesn’t answer the question of whether a desktop sync application will remain available.

On a related note, we don’t know whether Apple will release a version of iTunes for the Windows Store. It seems unlikely, but that would be the only way for Windows RT users to sync their content to an iPhone, iPod touch, or iPad. Will Apple ignore these users because they dared to choose an RT tablet over an iPad? Only time will tell.

What are the details on Xbox Music?

Although Microsoft announced Xbox Music in June, details remain murky. The service is expected to be a competitor to Pandora and Spotify, with free radio-style streaming and subscription-based music on demand, but the official word is to wait and see about specifics on pricing and packaging.

The biggest remaining question about the service is whether it will be an answer to Apple’s iTunes in the Cloud, which acts as an online repository for all the music you already own. Whether Xbox Music will have a similar music-locker element is unclear. We expect answers soon, but as of press time Xbox Music remains quite mysterious.

What are the specifics on SmartGlass?

SmartGlass is a companion app for Windows 8 tablets—and eventually other mobile devices—that lets users control and send content to the Xbox 360. It can also show additional content on the small screen while a video is playing on the television.

That sounds great, except we don’t know exactly how content selection will work for third-party apps, such as Netflix. We’re also uncertain about how many apps will offer second-screen content for SmartGlass. To date, Microsoft has demonstrated HBO GO and shown concepts of what Halo 4 on Smartglass might look like, but the company has released little hard information.

Will other Microsoft apps, such as Paint and Movie Maker, go modern?

Microsoft will preload Windows 8 with several of its own tablet-optimized apps, such as Bing, Sports, Finance, and Weather. Even Solitaire received a makeover for the new touch interface in Windows 8.

Still, some apps, including Paint and Movie Maker, haven’t crossed over from the desktop. This is somewhat surprising, considering that Apple’s content-creation apps, such as iPhoto and iMovie, have become big selling points for the iPad.

Will Microsoft port its own apps, or will it rely on third parties to fill in the gaps? That’s a critical question, considering that the Windows Store, Microsoft’s app portal, is woefully understocked. If Microsoft really wants consumers to take its app ecosystem seriously, it should ensure that all of its key, legacy desktop software products come in modern-style touch versions too.

END_OF_DOCUMENT_TOKEN_TO_BE_REPLACED

What are the features you need in your idea management system?
Idea capture and tracking
Idea evaluation
Idea collaboration
Track ideas through your innovation process/gates
Ability to pause ideas
Support innovation challenges

Note: This podcast also celebrates the seven (7) year anniversary (March 22nd) of the Killer Innovations podcast. There is a special “ask” at the end of the podcast … 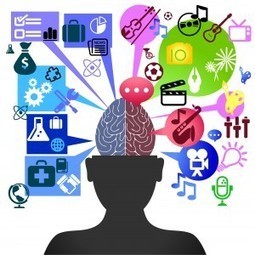 Idea Management Is Key To Your Innovation Strategy
Ideas are the currency in the new creative economy therefore you need tools to manage this valuable asset as part of your overall innovation strategy. Idea management is often overlooked as a crucial component in the overall innovation process. END_OF_DOCUMENT_TOKEN_TO_BE_REPLACED