END_OF_DOCUMENT_TOKEN_TO_BE_REPLACED

When you share a folder or a file in Google Drive with anyone, the shared links will stay active forever until you manually change the access permissions. There isn’t a way to set an expiration date for your shared files or folders that will make these links unavailable after a certain date and time.

You can however add an auto-expire feature to any of your shared folders in Google Drive with the help of a simple Google Script.

You create a folder in Google Drive and share it with Public or a small group. You then specify a date/time when you want that shared link to expire. The script, at the specified time, will create a copy of your shared folder and delete the original one. Thus the shared links would no longer work though the folder and files will stay in your Google Drive.

Let’s get this to work now. END_OF_DOCUMENT_TOKEN_TO_BE_REPLACED

It was a fun week on Instagram, with a lot of uber-cute photos being posted all over the world. From Yosemite Sam to boxing bananas, here are some sweet pics that will put a smile on your faces just as the weekend approaches. We also had some special fun on our own Instagram account this week, you’ll get a glimpse of that here below as well 🙂
Wishing you all a chilled weekend, and don’t forget to pay a visit to Wix’s Instagram!

Scrum is one of the most heavily used agile techniques. It’s not about coding; instead, it focuses on organization and project management. If you have a few moments, let me tell you about the team I work with, and how we adopted Scrum techniques.

Scrum’s roots actually extend beyond the Agile era. The first mention of this technique can be found in 1986, by Hirotaka Takeuchi and Ikujiro Nonaka, for commercial product development. The first official paper defining Scrum, written by Jeff Sutherland and Ken Schwaber, was presented in 1995.

Scrum’s popularity grew shortly after the 2001 publication of the Agile Manifesto, as well as the book Agile Software Development with Scrum, coauthored by Ken Schwaber and Mike Beedle.

Scrum defines a set of recommendations, which teams are encouraged to follow. It also defines several actors – or roles, if you prefer that terminology – together with an iterative process of production and periodical planning. There are several tools, which accommodate the Scrum process. I will reference a few in this article, but the most powerful tools are the white board and sticky notes.

There is not, and never will be, a list of “Scrum Best Practices,” because team and project context trumps all other considerations. — Mike Cohn

Everything starts with the pig and the chicken. The chicken asks the pig if he is interested in jointly opening a restaurant. The chicken says they could call it, “Ham-and-Eggs.” The pig answers, “No thanks. I’d be committed, but you’d only be involved!“

That’s Scrum! It specifies a concrete set of roles, which are divided into two groups:

This is How We Started

Everything depends on dedication and good will. If you want your team to be efficient, productive, and deliver on time, you need someone to embrace some form of Agile techniques. Scrum may or may not be ideal for you, but it is surely one of the best places to start. Find that someone on your team who is willing to help the others, or you, yourself, can take on the responsibility of introducing Scrum.

You may ask why you should care how another team, like mine, does Scrum. You should care because we all learn how to do Scrum better by hearing stories of how it has been done by others – especially those who are doing it well. – Mike Cohn

The talented team I work with already knew a lot about Agile. We switched from Waterfall development to a more agile process, and released quite frequently. We successfully managed to release every three to six months, having a decently low number of bugs after each release.

But, still, we were far from what we can achieve today. We missed the process, or rules, that would force us to change our perspective on the product and process. That was the moment when our team manager introduced us to Scrum, a term we, at that time, had never heard of.

This person took the role of the Scrum Master. 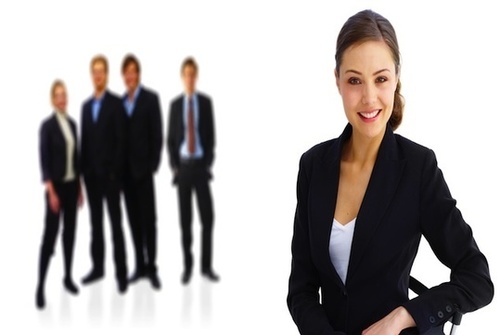 Fears that innovation is slowing are exaggerated, but governments need to help it along

WITH the pace of technological change making heads spin, we tend to think of our age as the most innovative ever. We have smartphones and supercomputers, big data and nanotechnologies, gene therapy and stem-cell transplants. Governments, universities and firms together spend around $1.4 trillion a year on R&D, more than ever before.

Yet nobody recently has come up with an invention half as useful as that depicted on our cover. With its clean lines and intuitive user interface, the humble loo transformed the lives of billions of people. And it wasn’t just modern sanitation that sprang from late-19th and early-20th-century brains: they produced cars, planes, the telephone, radio and antibiotics.

Modern science has failed to make anything like the same impact, and this is why a growing band of thinkers claim that the pace of innovation has slowed (see article). Interestingly, the gloomsters include not just academics such as Robert Gordon, the American economist who offered the toilet test of uninventiveness, but also entrepreneurs such as Peter Thiel, a venture capitalist behind Facebook.

If the pessimists are right, the implications are huge. Economies can generate growth by adding more stuff: more workers, investment and education. But sustained increases in output per person, which are necessary to raise incomes and welfare, entail using the stuff we already have in better ways—innovating, in other words. If the rate at which we innovate, and spread that innovation, slows down, so too, other things being equal, will our growth rate.

The last several years have seen an explosion in mobile applications. By the end of 2013, both Android’s Google Play and the Apple iOS App Store will be hosting a million apps – and we have only seen minor signs of slowing growth.

Where the heck are all these apps coming from? Thousands upon thousands of developers are working hard to pump out games, social networks, utility and productivity apps, news readers… if you can dream it, someone is building an app for it.

So, how much time and effort is going into feeding this beast? Exactly how long does it take to build a quality native mobile app (not a mobile Web, HTML5 app)? Boston-based Backend-as-a-Service (BaaS) mobile-cloud-platform vendor Kinvey set out to answer just that question.