Many of the people in attendance — roughly 100 of the 850 who registered to attend — have attained some level of renown online. They include Paul Vasquez, otherwise known as the Double Rainbow Guy; Antoine Dodson, who appeared in a news report about an intruder that was turned into a song; David of David After Dentist; Chris Poole, the founder of 4chan; and Ben Huh, founder of the Cheezburger Network, a collection of humor blogs. The weekend is full of panels and discussions on things like fan-girl culture, viral video stardom, intellectual property and the Stop Online Piracy Act, the antipiracy legislation that spurred opposition on the Web.

Traditionally, Mr. Zittrain said, something that becomes popular on the Web, like a meme or a YouTube video, tends to get written off as something that is “somehow not real life.” There is a perception, he said, that the people who inhabit the Web are largely separated “from the world at large.”

What makes something a meme? Or perhaps more importantly, what causes a meme, like the Occupy Cop or Disaster Girl, to go viral or even mainstream?

Authenticity and spontaneity, said Jonathan Zittrain, a law professor at Harvard who studies the Internet and how people use it.

“It’s usually some unguided involuntary moment,” he said. “There’s artifice around it, but there’s something that isn’t artifice under it.”

Professor Zittrain gave a keynote talk on Friday before a packed lecture hall at the Massachusetts Institute of Technology in Cambridge as part ofROFLCon, a two-day conference that aims to dissect and discuss the culture of the Web. ROFLCon, which started in 2008, has happened every year since then in one form or another, bringing together artists, curators, entrepreneurs and microcelebrities. END_OF_DOCUMENT_TOKEN_TO_BE_REPLACED

There is a lot of buzz around people having much more data available and how that can help us improve our lives. One example is exercise tracking. It wasn’t long ago that exercise tracking had to be done manually: a stopwatch time and route distance were as much detail as you could get.

With the advent of GPS devices, our options dramatically improved. And now, we have smartphones that use GPS technology to make exercise tracking and analysis even easier.

There are several services tailored specifically for tracking fitness activities. They have different selling points, but at their core, they all take your exercise data and aim to provide you with helpful insights from it.

One of the best ways to gain insights from data is, of course, using visualizations. And many of the visualizations those services provide are very similar or even the same. This is a good thing because it means they have probably converged on the most appropriate visualizations for the task and data. They all offer maps of activities and line charts showing other variables.

Despite the similarities, though, some minor differences that set them apart.

This week, I tested five such services by taking a quick bike ride on my local greenway and recording the data with an Android phone. I used the RunKeeper and Trimble Outdoors apps, and then uploaded the gpx files generated by those apps to three other websites. This was done to limit the load on the phone during the activity, but if you can use either of those five programs directly.

What follows are links to my activity maps and a brief analysis of each app. They are ranked in descending order, so that #5 is the site that had the most room for improvement and #1 is the site that did the best job at visualizing and presenting a standalone fitness activity. Clicking on any of the following map images will take you to the full interactive versions.

5. Ironically, the least impressive visualizations come from the suite of Map My Fitness sites. They’ve taken a different approach to structuring exercise data, storing the map separately from the activity. This provides “routes” that can be run/biked/exercised over and over, but it also means there is a strong disconnect between the exercise data and the location data. As a result, there are no charts of speed, power, or pace. They do have a good interface for showing elevation data alongside the map. Hovering over the elevation profile moves a pin on the map at the given location: a nice feature to see where the hills happen on a 2D map.

4. The next step up for visualizations is Trimble Outdoors. It shows the map next to speed and elevation profiles for the activity. The profiles have hover interaction showing the exact value under the cursor. They also allow the x axis to be swapped between distance and time. This is a huge step up from the Map My Fitness approach. In addition to having speed data for the whole activity instead of just an average, you can now see speed compared to elevation, letting you know how much hills come into play during your workout. One downside to the interface is the line charts are placed next to the map. This greatly reduces the possible resolution of a chart that really should be long and skinny to provide the best detail possible.

3. Runkeeper is probably the next in line (although it is my personal top choice because of its other features). The elevation and speed charts are placed below the map, just like in the Map My Ride interface, only with the addition of the activity data, there is also a chart of speed. Unfortunately, the charts lack a vertical scale! This is important labeling, and it is very unfortunate that it has been left off. There is also no option to switch the x axis between speed and distance.

One of the interesting things about the RunKeeper chart is the addition of a “pace” variable. Pace measures time over distance, rather than distance over time. (It is also the primary measure used in running.) Since this data is the inverse of speed, showing both of the variables at once doesn’t make much sense, so pace is turned off by default. END_OF_DOCUMENT_TOKEN_TO_BE_REPLACED

The biggest full moon of the year will light up the night sky starting this Saturday.
http://newsfeed.time.com

The superstitious among us should beware of extra-big werewolves this weekend, as the second supermoon in as many years rises this Saturday, May 5. A supermoon occurs when a full moon coincides with the moon’s perigee (the point at which it is closest to Earth), making it appear especially big and bright in the sky, Space.com reports.

The moon will be at its fullest on Saturday at 11:35 p.m. E.T., at which point it will also be at perigee — just 221,802 miles (356,956 km) from Earth. Skywatchers can expect to see the moon shining 16% brighter than usual. Experts say tides will be particularly high and low, but the difference won’t be enough to bring about any natural disasters. 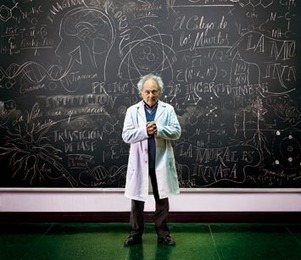 Here at FreshNetworks we are big advocates of the concept that engagement makes for a better metric than the number of ‘likes’, and this infographic by Our Social Times provides a thought-provoking reminder to brands as to the reasons people declare themselves a fan. (Click the image to see it full-size).

Customer loyalty is the top consumer motivation for ‘liking’ a brand’s Facebook page. This is closely followed by the desire to keep on top of brand news and to receive rewards for engagement.

The crucial element is what happens after fan acquisition – converting this initial interest into long-term engagement.

Research into fan engagement suggests that only 1.3% of fans are actively engaged. The reason for this low figure? Brands are failing to deliver fans with what they expect, such as offers, interactions with other fans, and customer service. When you consider that on average, a page’s updates are only visible to 17% of its audience, it becomes even more important to provide a reason for fans to engage.

Give something back to your fans

I would not suggest that all brands use their Facebook page to distribute exclusive offers; this would not, for example, work for a luxury brand aiming to avoid diluting the value of their marque. It does show, though, that fans expect something in return for their loyalty, and they can be rewarded in other, exclusive ways, such as through receiving special content before anyone else.

…but don’t overload them

Knowing your audience and offering content that means something to them is crucial – irrelevant updates will just lead to fans “unliking” your page, however what is even more of a turn-0ff is when a page posts too often. This is where taking an analytic approach to your social media management is crucial – understanding the type of content that really connects with your fans, and the best time to post it, means that your efforts will go much further, and so will your levels of engagement. 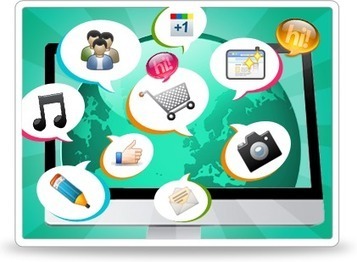