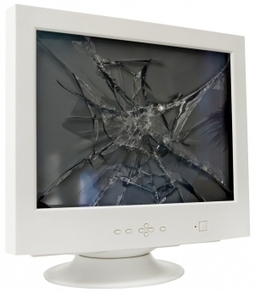 When they look back at this era, Internet historians will mark Facebook’s Instagram acquisition as the symbolic moment when the Great Shift was confirmed. Significantly, it also came soon after Steve Jobs’ death. The device that Jobs created had, within the space of five years, allowed a 551-day-old company with 14 employees to become worth $1 billion.

On April 9, 2012, Web 2.0 lost its mantle as the most important Internet paradigm. We are now starting the Age of Mobile. Google and Facebook’s Internet dominance is no longer guaranteed. They face a threat from below and an army of smartphone-touting masses that sees little distinction between the piece of hardware in their hands and the Internet world it opens up.

The momentum has been shifting for a while, but now the trend is emphatic. People now spend more time in mobile apps than they do online. There are more than 500 million Android and iOS devices on the market, and giant countries like China and Indonesia are only just getting started in their smartphone and tablet push. Global mobile 3G subscribers are growing at over 35 percent, year on year, and there’s a lot more room to move – there are 5.6 billion mobile subscribers on our fair planet. Even in developing countries, cheap smartphones will soon rush into the market. And who here doesn’t think tablet sales are going to go gangbusters pretty much everywhere?

This is a new phenomenon. Steve Jobs brought the first iPhone into the world in 2007. Android soon followed. The iPad is only two years old. Google, on the other hand, has been around for 14 years. Facebook: eight. They’re veritable geriatrics. And that’s why they’re behind on mobile.

They know this much themselves, and they’re worried. Just look at Facebook’s S-1 filing. After noting that it has more than 425 million users who accessed the social network via mobile in December 2011, Facebook noted [my emphasis]:

We do not currently directly generate any meaningful revenue from the use of Facebook mobile products, and our ability to do so successfully is unproven. Accordingly, if users continue to increasingly access Facebook mobile products as a substitute for access through personal computers, and if we are unable to successfully implement monetization strategies for our mobile users, our revenue and financial results may be negatively affected.

In his latest earnings call, meanwhile, Larry Page was bullish on mobile, even as Google revealed that the average price of its bread-and-butter cost-per-click ads dropped by 12 percent year on year.

It’s clear: The centre of gravity is shifting. Google and Facebook especially will have to do more to adapt to the new reality.

This morning, I talked to Keith Teare, a tech industry veteran who founded one of Europe’s first ISPs (he also co-founded TechCrunch). In June, Teare will launch a new mobile-centric social network called Just.Me, which late last year closed a $2.7 million Series A funding round led by Khosla Ventures. An early demo of Just.Me indicates that its mobile-native simplicity and granular sharing options easily defeat Facebook’s current mobile offering. Whether it gets taken up by the masses is another question, but it’s certainly a good indication for where our Internet lives are headed.

Teare told me: “Any company that isn’t primarily delivering its service via mobile five years from now will probably be irrelevant.”

I agree. The mobile environment is fundamentally different from the browser-mediated Internet, and, as I said yesterday, Facebook hasn’t yet been able to deliver a great mobile experience. Consumer Internet companies starting today have done much better, because they’ve been able to design for mobile from the ground up. For startups like Just.Me, HotelTonight, Path, and Skout, the desktop- or laptop-oriented Website is almost an afterthought, or at least just a support strut for the main platform. Facebook doesn’t have such a luxury. “They are,” says Teare, “a victim of their age.”

Whereas Web 2.0 values – characterized by social sharing and collaboration – drove the design and development of the likes of Facebook and LinkedIn, the mobile age demands new parameters. Now we need services that require less typing, fewer buttons, simple swipe and pinch actions, browsing that seamlessly integrates vertical and horizontal movement, larger images, and fewer data hooks that clutter up the user experience.

Facebook and Google’s current mobile iterations don’t meet those standards. Twitter’s mobile presence, on the other hand, is very good, mainly because the company’s tight focus on messaging lends itself well to the platform. In mobile, less is more. I suspect that Facebook will try to address that issue by breaking up its various features into separate apps or HTML5 sites: one for messaging, one for the news feed, one for photos, and, perhaps, one for an address book. But that fragments the core product, probably to its detriment.

There is, however, another major factor that will turbo-charge this shift to the mobile age: China. The world’s biggest Internet market was largely absent as Web 2.0 emerged about eight years ago, but it was quick to catch up, with Tencent’s various social networks and Sina Weibo leading the charge. This time, China will be right there alongside the US innovating for the new consumer paradigm.

GSR venture capitalist Richard Lim, who sits on the boards of some of the hottest Chinese Internet startups, told me this morning that China’s mobile market faces some significant obstacles. Its dominant 3G standard is the China Mobile-led TD-SCDMA, which isn’t compatible with the iPhone. Even though there are now more smartphones sold in China than in the US, the 24 million devices represent only a small fraction of a country with 1.3 billion people (although it’s important to note that millions of iPhones have entered China from the US, Hong Kong, and other countries). And there is no Amazon Web Services-like cloud infrastructure that would allow for ultra-lean, Instagram-like startups to focus on mobile innovation without having to worry about huge backend costs.

However, Lim says all that is likely to change within three years. There are rumors that the next iPhone will be compatible with TD-SCDMA, and, even if that doesn’t pan out, the country is fast deploying LTE, the 4G standard that the new iPads are already using. Explosive smartphone and tablets sales, along with cheaper Android smartphones, will soon solve the device-penetration problem. And Amazon Web Services-type cloud services are on the way.

Lim says: “You’re going to see some things happen in China that we haven’t thought of in the US.” One example of this is Tencent’s instant-messaging app, Weixin, which combines elements of Instagram, Path, HeyTell, and Google+, and even lets users share music. It has 100 million users.

The Chinese Internet has proven its ability to innovate rapidly in the past, Lim says. There’s no doubt it will do so again, and this time in the mobile space. As it does, it will provide a huge lift for the mobile age, building on the work done by American and European companies, and sometimes leading it.

“Almost always when you do that,” says Teare, “you exaggerate the future trends prior to them being clearly observable to everybody.”

There’s little doubt that the giants of Web 2.0 are thinking along similar lines. Facebook, for one, already knows: The writing’s on the wall.