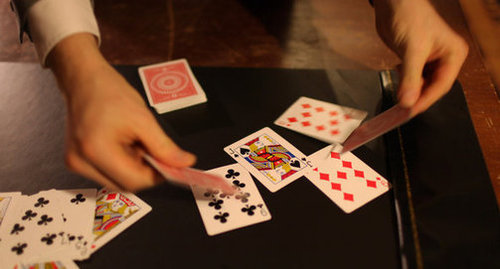 The gears of Silicon Valley continue to mesh and turn because of money, not necessarily technological innovations. And there are certain things about that money machine that denizens of the Valley would rather keep quiet.

First, they’ll never acknowledge the possibility of a bubble. “Bubble? Ha!” venture capitalists often tell me. “Silly reporter, there is no bubble.”

O.K., I get this spin. It makes sense from an investor’s point of view. Acknowledging any possibility that tech companies aren’t worth what you say they are worth would be followed by the sound of a giant pop, and the money and investments would dry up. The machine could grind to a halt.

Yet an even more bizarre activity in the Valley than shushing the talk of a bubble is how some start-ups are advised by investors not to make money. This concept might sound ridiculous from a business standpoint, but for investors, it fuels the get-richer-quicker mentality that exists here.

“It serves the interest of the investors who can come up with whatever valuation they want when there are no revenues,” explained Paul Kedrosky, a venture investor and entrepreneur. “Once there is no revenue, there is no science, and it all just becomes finger in the wind valuations.”

When small start-ups I’ve spoken with do make money, they often find it difficult to recruit additional investment because most venture capitalists — and often the entrepreneurs they finance — are not interested in building viable long-term businesses. Rather, they’re interested in pumping up enough hype and valuation to find a quick exit through an acquisition at an eye-popping premium.

Getting acquired while producing no revenue is like performing a card trick without the deck of cards: the magician simply explains how magical the trick is, never actually showing it. (And we are supposed to step back in sheer awe.)

For start-ups, fewer numbers in the equation mean a projected valuation of a start-up can be plucked out of thin air.

Look how well this worked for Instagram, which had $0 in revenue and was purchased for $1 billion.

Although most companies are not acquired for 10 figures, there have been dozens of multimillion-dollar acquisitions of start-ups that make no money whatsoever. The acquisitions of YouTube, FriendFeed, Zite, Hot Potato, Beluga, GroupMe, TweetDeck and Dodgeball are just a few samples involving companies with little to no revenues.

The term often used behind closed doors with this no-revenue formula is mark-to-mystery. This is a play on the common term for a more logical investment practice called mark-to-market, which is used to create a realistic appraisal of a company’s financial assets.

“V.C.’s can create this mark-to-mystery valuation because as long as there are no numbers, I can have whatever mark I want for an external valuation of a start-up,” Mr. Kedrosky said.

So why does the lunacy of building companies with no revenue or business model work?

Jeffrey Pfeffer, a professor at Stanford University’s Graduate School of Business, used that dirty word that investors scoff at: bubble.

Mr. Pfeffer said that through “the hideous recession” that America has suffered over the past several years, the Valley has applied increasingly incoherent valuations to companies.

“This is 1999 all over again, but this time, it’s gotten worse,” he said, referring to the last technology bubble to burst. “We’re back to companies throwing around funny money. The economic values don’t add up.”

“These companies are simply being founded to be bought,” he added. “With the exception of a select few, Silicon Valley has spawned no real companies over the past decade. Even now, as the value of eyeballs has gone down, people are buying concepts, not companies.”

Indeed, this madness was invented in the late ’90s and helped perpetuate the first dot-com meltdown. “Mark-to-mystery was developed as a large part of the last bubble, but it’s gotten a lot worse this time around,” Mr. Kedrosky said.

When this next bubble pops — and it will pop — the idea to make no money can finally pop, too. Then investors can start working with companies to build businesses that have long-term financial goals, instead of just building a short-term mystery.