How to Get Rid of Old Ideas?
Tips for shedding old ideas to make room for fresh insights.

What is Innovation Governance?
A discussion of different models and which ones seem to be the most effective.

Disrupting the Public Sector
Why governments don’t do disruptive innovation – and how to change that.

The New Rules Of Innovation
Why world-changing innovation is not going to come from where we expect it.

Is Your Culture Kryptonite for Innovators?

With so much attention on innovation these days, it’s easy to find articles and blog posts on the topic. What’s harder to find is valuable information on innovation that sheds new light on the subject, educates or inspires. With this in mind, Innovation 360 would like to offer a monthly round-up of the best innovation articles we have come across.

Below you’ll find 10 innovation articles from March that are worth a read (listed in date order starting with the most recent). If you know of an article or post we missed, feel free to add it in the comments. END_OF_DOCUMENT_TOKEN_TO_BE_REPLACED

The next time you find yourself pounding your keyboard in frustration because the domain name you want is already taken, direct your ire toward Mike Mann.
Mann is one of the longest members of the clubby world of domain speculators, and he’s buying up names in force these days. And not all on the aftermarket, as some others do. But new names. Dot-com names that aren’t registered — even though 100 million-plus already are — that he then turns around and sells for a few hundred bucks, sometimes far more.
And this week, in a span that lasted less than 24 hours across Tuesday and Wednesday, Mann snapped up 14,962 domains — 1,822 starting Tuesday evening and the rest on Wednesday.
“I’m just really greedy,” said Mann, a man no one would describe as modest. “I want to own the world.”
First, the quick backstory. Mann, who’s 45 and lives in Delaware, joined the dot-com land grab relatively early, in the late 1990s. He had founded an ISP called Internet Interstate, but one day in 1998, much to his surprise, he got a $25,000 offer for a domain he owned, Menus.com. The following day he got a $50,000 offer.
“I was like, ‘I paid $70 for this,'” said Mann, who tends to sport dark glasses and, despite the outfit in the photo, doesn’t smoke cigarettes. “The next day, I went into the domain business.”
Mann went on to become one of the most aggressive domain speculators in a world that was — and still largely is — the digital Wild West. In the early years, registering good names wasn’t that hard, and some people made many, many millions doing just that.
But as time went on, it became far more difficult. The shrewdest (or craftiest) of the so-called domainers went to great lengths to bag their URL prey. They wrote scripts to pound on the registrars, working in the dark of night to “catch” names the nanosecond they expired, or “dropped.” (The king of the “drop catchers” was a mysterious man named Yun Ye, who built a portfolio he sold to the now-public Marchex in 2005 for $164 million.) 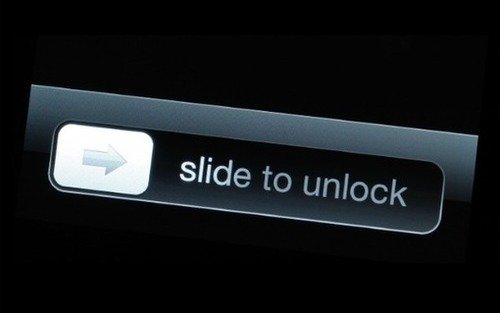 Both iPhones and Android devices unlock in the same way: with the user sliding his or her finger along part of the screen. That simple function has prompted a huge amount of legal wrangling, with both Apple and Google (by proxy of its recent acquisition, Motorola) scoring victories over the ownership of “slide-to-unlock” on phones in the past week.

A German court ruled in Apple’s favor on Thursday — twice — on separate allegations that Motorola Mobility had infringed on Apple’s patents on slide-to-unlock. A Munich regional court said certain Motorola phones infringed on the German part of a broader European patent. It’s Apple’s first patent victory over Motorola ever.

The rulings affect the Motorola Flipout, Milestone, Milestone XT720 and Defy. Although the rulings open the door for Apple to block the sale of those devices in Germany, Motorola has already said the judgment would have no impact on sales since it was planning to implement a new way to unlock the phone that wouldn’t infringe on Apple’s patent.

What that new unlocking method would be isn’t clear, and Motorola, which was recently acquired by Google, has said it will appeal the ruling. If it does end up needing to change how its phones unlock, however, a recent patent awarded to Google could be a clue.

SEE ALSO: Apple MacBook Air Patented; Beware, Ultrabook Makers
The U.S. Patent and Trademark Office earlier this month awarded Google a patent on a certain type of slide-to-unlock (excerpts are viewable in the gallery below). Among the many points covered in the patent, there’s one that specifies the user might slide an icon (from a choice of icons) in a certain direction to simiultaneously unlock the device and launch an app, such as email. There’s also a provision for unlocking the device by voice.

Such unlocking methods clearly aren’t present on Apple’s iOS devices and would theoretically put Motorola products in the clear. However, Florian Mueller of Foss Patents suspects that as Apple tightens its grip over slide-to-unlock, there may be a general “degradation of the user experience” on Android devices.

What do you think is the best way to unlock a phone? Let us know in the comments.